How to Aid with Hurricane Harvey 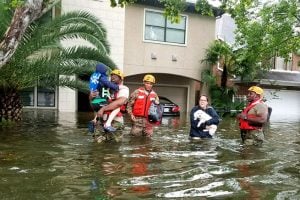 Starting as an active tropical cyclone, Hurricane Harvey hit land as a Category 4 hurricane on August 25, 2007. As of the largest hurricanes since 2005, Hurricane Harvey has displaced many families across South Eastern Texas. Only 5 days into the storm, this hurricane has been to blame for over 28 deaths and still climbing. Within this time, Houston collected a record of 30 inches of rainfall, causing areas flash flooding. This flash flooding caused many vehicles to be swept away in its current. Many brave men and women across the United States have come together to protect and save their fellow Americans with hunting, air, flat-bottom, fishing boats and more. Volunteers and Military together have saved hundreds of thousands of lives, and is continuing the work through the day and night. There will be many weeks, months, even years until Houston is back on its feet.

How are Hurricanes Classified? 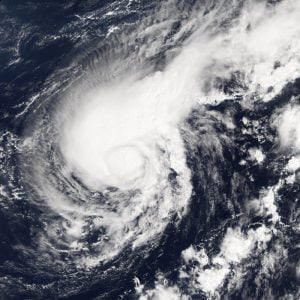 To stay safe in the event of a hurricane, it helps knowing what to look for and how destructive they can be. The category of hurricanes are classified by their wind speed and flooding.

Devastation for Years to Come

For Houston, the next few years will be very important. As of August 31, Harvey has hit its 3rd refinery causing the United States to tap into our oil reserve. There will also be massive water contamination, due to the face that 30 percent of Harris County is submerged with water. There is a very large chance that there is already oil, grease, and other contaminants in the water. With the over 9 trillion gallons of water dropped on Harris County in only 2 days, Houston’s infrastructure is become extremely damaged. This infrastructure includes roads, parking lots, sidewalks, and sewage systems. For the next few years Houston will be in constant repair, to fix the issues from one natural disaster.

How Can Indianapolis Help? 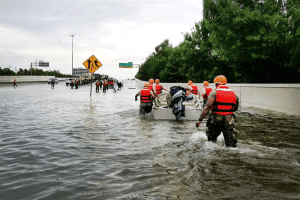 As you may know, there are already many foundations accepting donations of money and items that will be used in aid of all victims of Houston Texas. Where do you start in finding the right foundation? Be sure when you are donating, it is not to a scam. Below is a list of sources to donate to! There are also many places in your area that are accepting donations. The victims and volunteers of Hurricane Harvey need all of the help that they can receive. For more ways to help, reach out to donation centers in your area.

How Important Is Your Logo When Starting Your Business?