The Internet Takes on the World Cup

Being a born-and-raised soccer fan, I’m loving all the attention the World Cup has brought to my favorite sport. World class talent is being showcased on a national stage and, with that, world class website restructuring has happened to make sure everyone is connected to the current ongoings of the event. Below I have listed a few ways that the internet world has been embracing the world cup.

Twitter
Twitter allows users to “pick a side” and change your profile photo and header to reflect your team of choice. They also have a World Cup timeline where you can quickly see all the World Cup tweets, pics and videos of the match as if you were viewing it in real-time.

At work and can’t watch the game, but can tweet? If you are logged into Twitter from your desktop, you’ll be able to see the scores update on the sidebar of your Twitter feed so you can stay on track with the going-ons of the game. This could be a gift, or a curse if you wanted to watch the game after you got out of work. 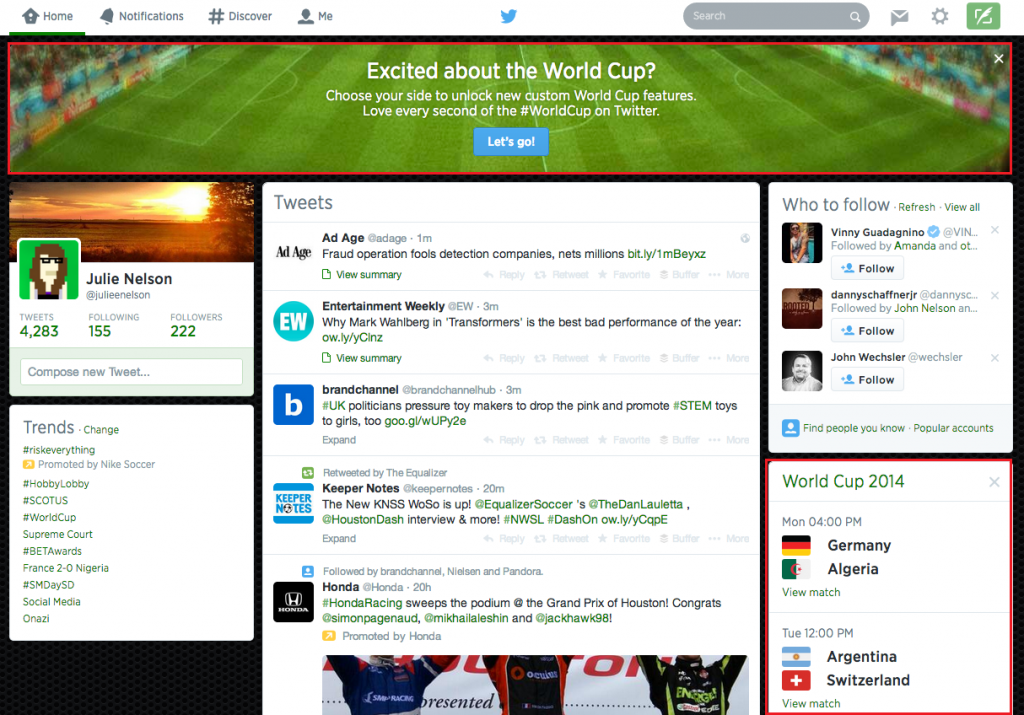 Facebook
Just like with Twitter, Facebook has a timeline at #worldcup that shows you all the latest games, goals and stories on matches. They also have a sidebar with the lineup on what games are being played that day as well as an awesome “fan map” in which you can see where the top World Cup athletes are being talked about across the globe.

Mashable
The website that usually reports on social media and technology is now reporting on how the sporting event is becoming the most-talked-about event in social media history. As you log into the site, on the left-hand side is a “World Cup” tab that takes you to all the news about the sporting event. From posts on Luis Suarez memes taking over the internet to #TBT images of players, Mashable is keeping interested in the games and information coming out to users instantly. 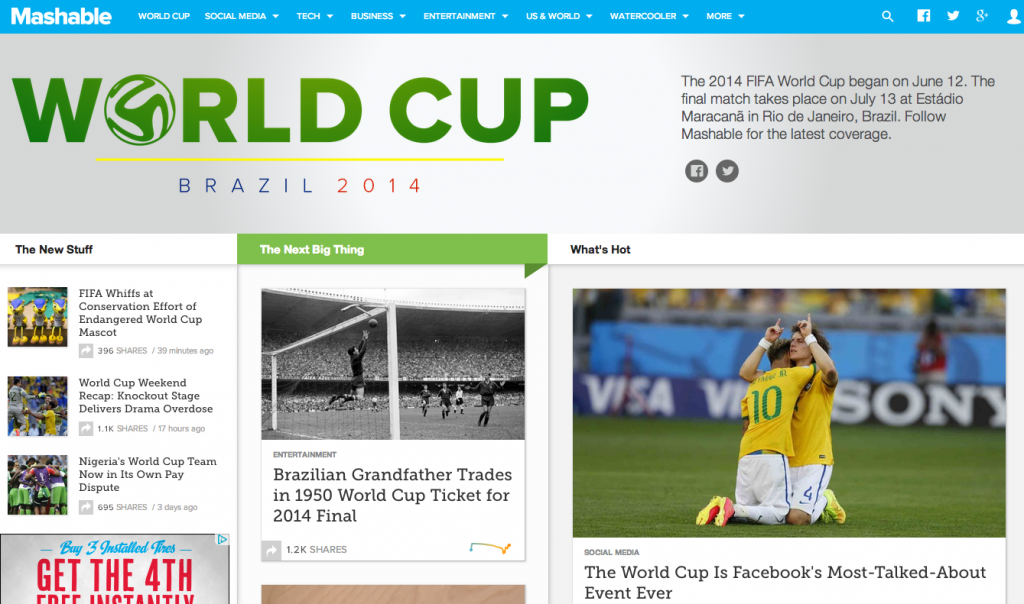 Yahoo!
Just like with Mashable, the popular news site, Yahoo!, has a special tab on the top of their website for World Cup news. Unlike any other site, however, they also have a spot on their site in which users can vote for their favorite team to win the match and can read predictions. Also different from other sites is the Heat Map. This heat map breaks down the areas of activity on the field to show where there is the most action and who is dominating the game. 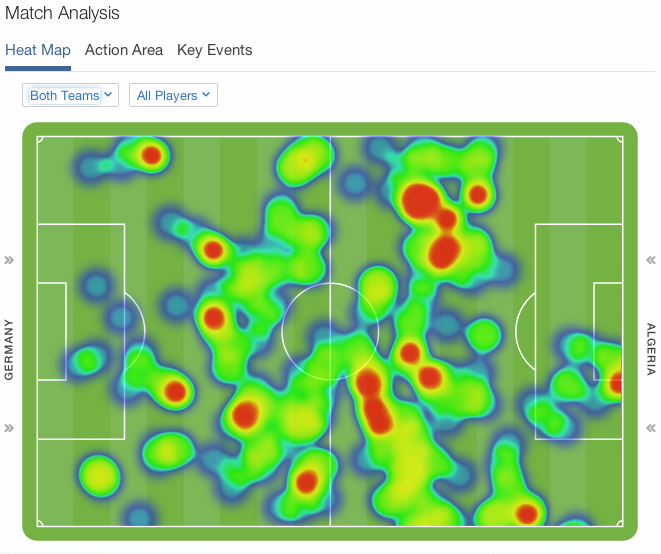 Google
Each day since the beginning of the Cup Google has had a new World Cup inspired doodle when you get to its site.  When you click on that doodle it takes you to a page in which information from the FIFA website is pulled for the upcoming match of the day.

It gives you a quick reference to match stats, lineups and a preview of the match. It also includes all news articles about the match pulled from different websites.

Seen any other cool sites note mentioned above? Feel free to tweet us websites we should be on the look out for!

PrevPreviousProfessionally Built Sites VS Free Websites, Which Is Best For Your Business?
NextDo Mobile Design The Right WayNext