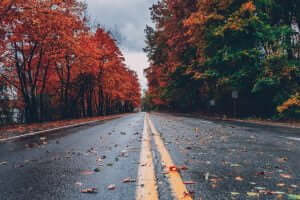 I grew up in the Texas panhandle and it has a very similar climate to the desert. It was dry, hot and unlike the rest of Texas not humid at all. Cool mornings, hot afternoons and cold nights. Where it differs from Arizona and the rest of Texas in general is that the Panhandle does get snow and really a good mix of all four seasons. The only downfall is that all four seasons are accompanied by an average of 30mph wind, which gets old…fast. I miss a lot of things about West Texas, but the weather really isn’t one of them. I don’t miss being cold all winter and especially not the wind, but I do miss Fall weather.

With daylight savings time is just around the corner for the rest of the country, it means fall is almost here.  The time of year when everything becomes pumpkin flavored, I personally do not like the taste of pumpkin spice, so I don’t get the craze…but apparently most folks really like it. I do however love every other aspect of fall, but I feel like living in Arizona really puts a damper on it since it’s still in the 100’s outside. It really isn’t fall,  we just have summer number 2, which is more like the summer temperatures the rest of the country gets. I want to curl up on the couch and have a lazy Sunday watching football and eating chili, but chili doesn’t sound good when it’s hot…but we do it anyway. Most Sundays we can’t get the Cowboy’s game, so we watch the Cardinals, which just seems wrong to this Texas girl, but we do it. There are no trees changing into the beautiful reds, oranges and yellows, no turning the clock back and no yoga pants and boots weather. Arizona has the B rated version of Fall.

Fall has really taken off

I feel like people have become more obsessed with fall over the past 10-15 years. I remember as a child that Halloween was awesome and thanksgiving always being a big deal, but September really didn’t have much going for it. I don’t recall people decorating for fall other than a few thanksgiving decorations at the most.

Somehow September has really taken off as its own almost holiday. It has become the unofficial start to the holiday season. I mean the ‘It’s fall Ya’ll” saying has even made t-shirt status. Don’t get me wrong I’m not complaining, I love a good reason to decorate. Holiday decorations are the only time our house actually seems decorated, the rest of the year I don’t know what we have going on over here. I think maybe the DIY and decorating shows really contributed to the September craze, I mean 10 years ago no one wanted their house to look like a farm, but here we are now, and Farm is in, it’s back! But not our grandmother’s apple curtains in the kitchen or the rooster cookie jar, I mean this is serious milk jugs and silos. I think this current fad definitely helped September up its game. Fall and farm go together like peanut butter jelly.

How to Save Your Website from a Negative SEO Attack?

Is Your SEO Campaign truly Cost-Effective?